How Often Do You Get the Vivitrol Shot?

Whether the addiction is to alcohol, opioids, or some other substance, chemical addiction kills thousands of people in the United States each year. Unfortunately, only 10% of the people likely to have an addiction end up receiving treatment for it. If you’ve been impacted by substance abuse, you know the pain of the disease. It impacts your health, relationships, career, and so much more.

Over the years, scientists have worked hard to develop treatments to mitigate the impact of addiction. One of the treatments for alcohol and opioid addiction is Vivitrol, a vaccination available at Bank’s Apothecary. What is Vivitrol and how can it help with substance abuse?

Vivitrol is the vaccine brand name for a drug called naltrexone. Naltrexone hydrochloride is an FDA-approved medication designed to dampen the effects of alcohol use disorder (AUD) and opioid use disorder (OUD). Vivitrol is an extended-release intramuscular vaccine prescribed by your doctor.

Vivitrol is not addictive. In fact, it is currently the only medication available that isn’t classified as a controlled substance in the United States. Instead, it helps eliminate the addictive cravings for these chemicals. This can help you overcome your psychological and physical dependence.

How Does Vivitrol Work?

Vivitrol and its active ingredient naltrexone work to block the high that people may experience from the excess consumption of alcohol and opioids. These substances trigger endorphins, or the feel-good chemicals in the brain like dopamine. To combat addiction, Vivitrol works by blocking the release of these endorphins.

During addiction, the brain’s natural opioid receptors activate, causing the body to release these neurochemicals and produce a feeling called euphoria. This is what drives you to seek out that feeling over and over again, leading to AUD and OUD.

When a Vivitrol injection is given to a person with AUD or OUD, the active medication naltrexone binds to the receptors in the body that release endorphins. This stops the opioid or alcohol from triggering the release of the pleasurable sensation.

People living with AUD or OUD often experience cravings and urges to use the substance they are addicted to. Withdrawal symptoms are common, especially during the early stages of addiction recovery. Doctors prescribe Vivitrol after withdrawal is over.

One study of more than 9,000 patients with AUD showed that naltrexone reduced their cravings, which might normally compel them to return to their substance abuse. Vivitrol injections have proven to be more effective than any medications requiring a daily dose, functionally “preventing relapse.”

With Vivitrol, over time, you will learn new ways of coping as part of your medication-assisted treatment (MAT) regimen.

Should I Receive a Vivitrol Shot?

Vivitrol should only be prescribed after you’ve been off of opioids or alcohol for one to two weeks. Vivitrol is administered by a medical professional once a month. Because the medication is extended-release, it can work to block the brain’s opioid receptors for about 30 days before the effect wears off. 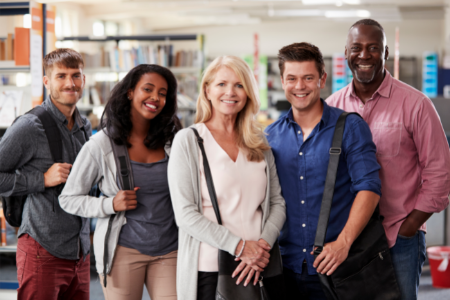 The effects of your Vivitrol shot peak at about two hours after the injection, then again at the two to three-day mark after the treatment. About two weeks after the dosage, the concentration in the body will begin to decline, but you can detect Vivitrol in the bloodstream for up to 50 days after the initial injection. Personal characteristics such as your age, body mass, metabolism, and hydration all affect how long Vivitrol lasts in your body.

To achieve functional recovery from the harmful effects of AUD and OUD, substance abuse treatment should extend for up to two years. However, every person is different.

Typically, naltrexone may be used for up to three to four months to help cut the link between drug or alcohol cravings. This allows time for therapy and other interventions to reestablish more positive behaviors that will help you avoid relapsing.

How is Vivitrol Administered?

Vivitrol comes packaged with a once-a-month syringe dosage of 380mg. The medication is injected into the buttock muscle. Most healthcare providers alternate sides during several months of treatments. This reduces pain and injection site reactions from receiving the medication in the same areas over time.

Are There Any Side Effects From Vivitrol?

If you take Vivitrol with alcohol or opioids in your system, side effects, including withdrawal symptoms can occur. It is particularly dangerous if you take opioids while also undergoing treatment with Vivitrol. Since Vivitrol blocks the euphoria you’re seeking, you may try taking increasing amounts of the substance to find that sense of euphoria again. However, Vivitrol blocks these feelings so it is extremely easy to overdose.

Your healthcare provider will likely run a few tests on your liver, particularly if you’re suffering from alcohol dependency. They will also probably run tests to be sure you’re not allergic to the ingredients of Vivitrol before administering the treatment. 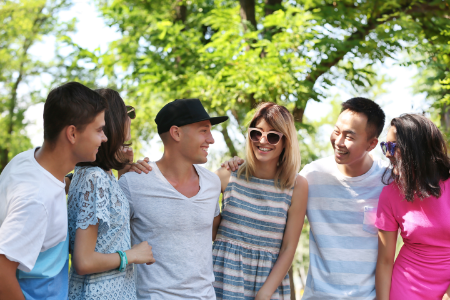 After a Vivitrol shot you may experience some pain at the injection site. Your doctor will monitor the treatment to be sure you don’t suffer from side effects from the drug. Over the course of the first week, you’ll notice your cravings for the alcohol or opioid that led you to seek treatment will gradually decline.

Bank’s Apothecary offers Vivitrol prescription injectable treatments. We’ve found the shot to be generally well-tolerated and it does well for reducing the terrible cravings that cause so many people to relapse.

Fortunately, Vivitrol is covered by most insurance plans, including:

Stop by Bank’s Apothecary today, and together we can help you regain control over the terrible disease of substance abuse with the right medication.