Understanding the Link Between Schizophrenia and Depression

The prevalence of depressive disorder as a dual diagnosis with schizophrenia is high; ranging up to 60% when schizophrenia is in its full-blown acute stage. These illnesses often overlap, so understanding these common types of co-occurring mental health disorders will help patients and their caregivers cope with the challenges they bring.

When trying to understand the link between schizophrenia and depression, there are a few questions to address:

Schizophrenia is a chronic brain disease affecting how a person behaves, feels, and things. As an illness, schizophrenia is not as common as other mental health disorders, however, it can be one of the most disruptive to deal with. The symptoms of schizophrenia can be severe and are divided into three clinical categories:

While schizophrenia can never be cured, doctors can provide medications that can control this difficult disease.

While these are feelings that occasionally occur, these symptoms must last for a least two weeks for a depression diagnosis. It should be noted that clinical depression is different from feelings of sadness or bereavement which can ebb and flow given the situation you’re in.

Clinical depression is a brain disease that can be caused by:

According to the American Psychiatry Association (APA), clinical chronic depression affects one in 15 American adults each year and one in six people will experience the disease at some point in their life.

How Does Depression Affect Schizophrenia? 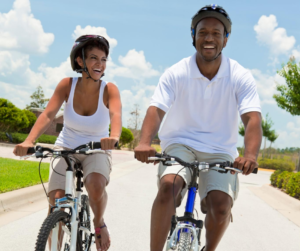 There is some debate over the exact frequency of depressive illness simultaneous to schizophrenia. Living with Schizophrenia reports:

One big concern when faced with a dual diagnosis of schizophrenia and depression, is that the studies show there is a higher risk of suicide in these patients.

What Are the Links Between These Two Diseases?

In addition to being difficult to diagnose, researchers are still trying to understand what causes these brain disorders. We know there are chemical and physical changes within the human brain structure for both diseases, but the complexities of the brain require more research. We also know that depression within schizophrenia could be caused by:

Diagnosing and treating brain disorders is complicated, and a dual diagnosis of schizophrenia and depression are no exception to this rule. Fortunately, treatment is available that can help both diseases.

What Kinds of Treatments Are Available for Schizophrenia and Depression? 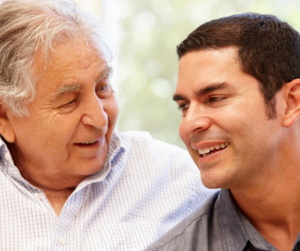 Depression is one of the most common and treatable mental health disorders, with 80 to 90% of those affected responding well to treatment. With medication, almost every person affected can get relief from their symptoms.

The treatment for co-occurring schizophrenia and depression can include:

With both disorders, a health professional will conduct a comprehensive examination of the patient, with interviews, diagnostic testing, and a health history and exam. Some medical issues can manifest clinically as depression or schizophrenia. For example, a thyroid problem can cause low energy and a brain tumor can cause hallucinations.

Once the dual diagnosis of schizophrenia and depression are confirmed by the clinical team, the attending doctor will likely prescribe medications or other treatments to bring these chronic disorders into remission, which is where the expert, dedicated team at Bank’s Apothecary comes in.